July
On July 4, we celebrated our 20th wedding anniversary with a cocktail at the Ritz and supper at the Wolseley. It doesn’t seem 20 years at all – life has been so full.
On the first weekend of July I contributed to a panel in a conference on amateur theatricals convened by Professor Judith Hawley of Royal Holloway at the London hq of the University of Notre Dame; I am very interested in the different ways in which country houses were used for entertainment and creativity in their history – the day ended with a performance of one of the late Georgian romantic comedies popular in the Regency country house. Papers were wide ranging and scholarly and one of the most surprising was given by Dr Hugh Denard about using digital imaging to recreate the private theatricals performed in an ancient Roman villa.
The following week I had the great excitement of rowing in the Cambridge Town Bumps for the first time in a crew under the aegis of the Champion of the Thames Club, we were the very modest novice-and-new-recruits crew, the 9th Men’s Boat; we have been rowing together as an eight only since Easter (three of us complete novices), but have enjoyed having a goal, and the good offices of Oliver Harwood and David Levien as coaches; we chose the name Automaton in honour of our Greek stroke and our hope that we can row like a robot; we earn a place after our first timed race, and are entered in the Bumps with a new cox, Jane Risdall; we begin at the bottom of the bottom Men’s Division: I am happy to say that we bumped each night, “earned our blades” and on the last day rowed as the sandwich boat in the next division, and bumped again, five bumps in a row something of a club record. This has been one of the proudest achievements of my life – I was not much of a sportsman as a child, too much of a day dreamer and always the last to be picked for teams; I can never thank our coaches or my fellow crew members enough. Our gallant men’s captain, Gez Wynn Story supported us through the week and made a video for anyone who might be amused to see it – this shows the fourth bump which is what you need to do, to “earn our blades”.
http://www.youtube.com/watch?v=pagQnf3MJ58&feature=youtu.be 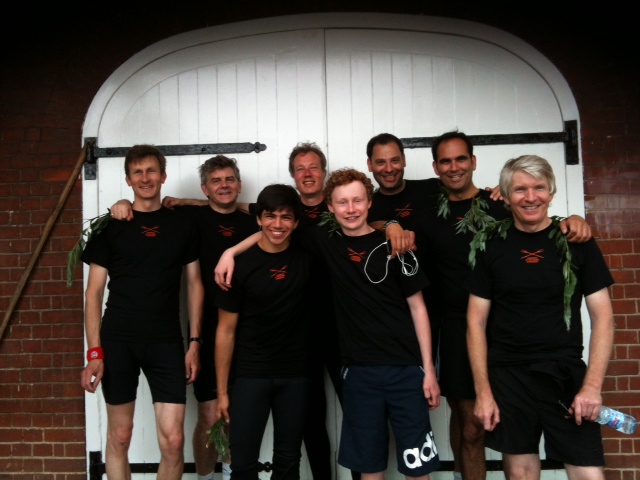 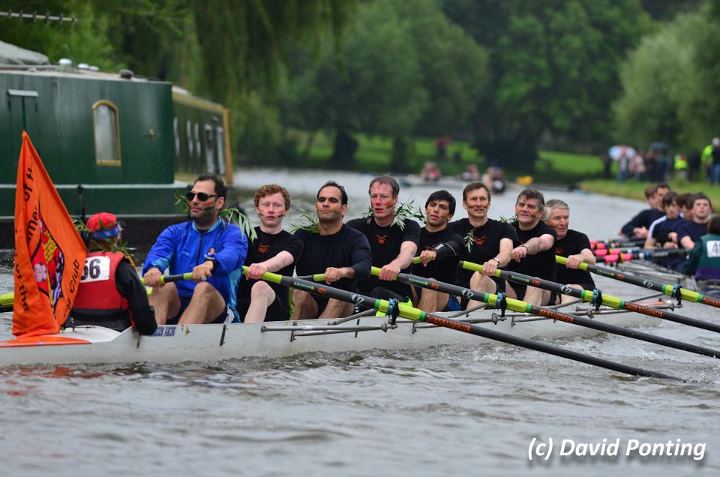